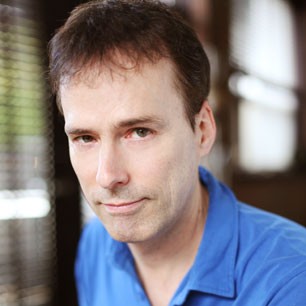 Barry Webster is included in the current edition of Canadian Who’s Who. He is originally from Toronto but now resides in Montreal. He has lived for extended periods of time in Barcelona, London, Banff, and Berlin, where he was staying the night the Wall fell.

In 2006 Webster’s first book, The Sound of All Flesh, won the ReLit Award for best collection of short stories published by a Canadian press. He has also been a finalist for the National Magazine Award, the CBC-Quebec Prize, and the Hugh MacLennan Award. His non-fiction has appeared in numerous publications including The Washington Post, The Globe and Mail, Event and Prairie Fire. He has been awarded residences at artist colonies including the Banff Centre for the Arts, the Sage Hill Writing Colony in Saskatchewan, and the Edward Albee Colony in New York.

He currently teaches English at Marianopolis College and works as a translator from French to English. He recently translated a high school textbook on palaeontology entitled

He moved to Montreal in 1999. Webster had long been fascinated by Quebec and finally moved there to learn French. He also speaks German and is currently studying Mandarin. He believes the learning of languages affects one’s worldview and is an important inspiration for his writing.

Music is also an important influence on his fiction. Webster is a classically trained pianist and has two ARCT’s from the Royal Conservatory of Music.

In 2003 he completed an M.A. in Creative Writing at Concordia University. He also has a B.A. in English from the University of Toronto.

Webster is also an actor and was recently in a production of Sam Shepard’s Savage/Love. He also acted in a radio play based on his short story “Enough” and has performed his fiction at numerous venues.