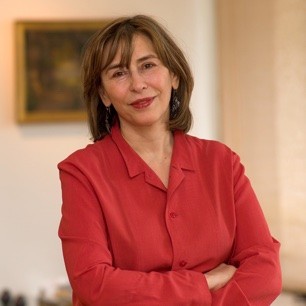 Azar Nafisi is a visiting professor and the director of the Dialogue Project at the Foreign Policy Institute of Johns Hopkins University. She has taught Western literature at the University of Tehran, the Free Islamic University, and the University of Allameh Tabatabai in Iran. In 1981 she was expelled from the University of Tehran after refusing to wear the veil. In 1994 she won a teaching fellowship from Oxford University, and in 1997 she and her family left Iran for America. She has written for The New York Times, The Washington Post, The Wall Street Journal, and The New Republic and has appeared on countless radio and television programs. She lives in Washington, D.C., with her husband and two children.