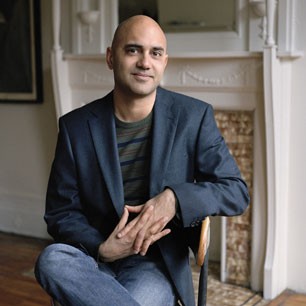 Ayad Akhtar earned a degree in theater from Brown University and, after graduating, moved to Tuscany to work with world-renowned acting theorist and pioneer Jerzy Grotowski (Towards a Poor Theatre). Since the 1990s he has been a resident of New York City, where he has taught acting on his own and alongside Andre Gregory (My Dinner with Andre, Vanya on 42nd Street).

An alumnus of the graduate film program at Columbia University, Akhtar earned a degree in directing and won multiple awards for his work. He is the author of numerous screenplays. He was the cowriter and star of The War Within, nominated for an Independent Spirit Award (Best Screenplay) and an International Press Academy Satellite Award (Best Picture—Drama) and released internationally. He also costarred in HBO’s Emmy-nominated adaptation of Too Big to Fail.

Akhtar is also a playwright, and his stage play Disgraced premiered at the American Theater Company in Chicago in January 2012, coproduced by the Araca Group (Urinetown, the Broadway revival of A View from the Bridge, and Al Pacino’s The Merchant of Venice). Lincoln Center’s LCT3 will open its season with Disgraced in October 2012. Akhtar’s stage play The Invisible Hand premiered at the Repertory Theatre of St. Louis in 2012. He will be collaborating with William Hurt on The Invisible Hand at the Artists Repertory Theater in Portland, Oregon, in spring 2013.

American Dervish is his first novel, and publication rights have been sold in twenty-one territories worldwide.