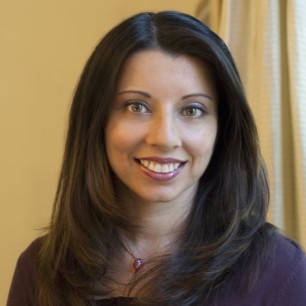 Ausma Zehanat Khan is the author of The Unquiet Dead, published by St. Martin's Press/Minotaur Books, and winner of the Barry Award, the Arthur Ellis Award and the Romantic Times Reviewers Choice Award for Best First Novel. Works in her critically acclaimed Esa Khattak/Rachel Getty mystery series include The Language of Secrets, A Death in Sarajevo, Among the Ruins, and A Dangerous Crossing. In A Deadly Divide, the fifth and latest book in the series, Detectives Khattak and Getty investigate a mosque shooting in Quebec, and explore the after-effects of a rising tide of Islamophobia in both the province and the nation. The Khattak/Getty series has been optioned for television by Lionsgate.

The Bloodprint, Ausma Zehanat Khan's fantasy debut, has been hailed as "one of the year's finest fantasy debuts". Published by Harper Voyager US & UK, The Bloodprint is Book One of The Khorasan Archives, a four-book epic fantasy series, that was followed by The Black Khan in October 2018. Khan's non-fiction book, Ramadan, for middle-grade students, was published by Orca Books as part of the Origins series in Spring 2018. It was selected as a Children's Book Council Notable Social Studies Trade Book for Young People 2019.

A frequent lecturer and commentator, Khan holds a Ph.D. in international human rights law with a research specialization in military intervention and war crimes in the Balkans. She completed her LL.B. and LL.M. at the University of Ottawa, and her B.A. in English literature & sociology at the University of Toronto.

Formerly, she served as Editor in Chief of Muslim Girl magazine. The first magazine to address a target audience of young Muslim women, Muslim Girlre-shaped the conversation about Muslim women in North America. The magazine was the subject of two documentaries, and hundreds of national and international profiles and interviews, including CNN International, Current TV, and Al Jazeera "Everywoman".

Khan practiced immigration law in Toronto and has taught international human rights law at Northwestern University, as well as human rights and business law at York University. She is a long-time community activist and writer, and currently lives in Colorado with her husband.