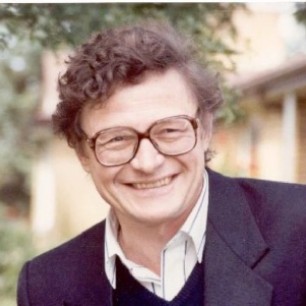 Archibald Ritter is a Canadian citizen living in Ottawa Canada, married with five children and some grandchildren. He is a “Distinguished Research Professor Emeritus” in the Department of Economics and the Norman Paterson School of International Affairs at Carleton University in Ottawa.

Besides his employment at Carleton University, he has worked in the United Nations Economic Commission for Latin America and the Caribbean in Santiago Chile (1973-1974), the Department of Energy Mines and Resources, Government of Canada (1979-1981) and has also lived and worked in Kenya and Tanzania.

He has had a long interest in Cuba beginning perhaps with the chance reading of “Listen Yankee” by C. Wright Mills (an effective piece of propaganda). Or maybe it began with a previous interest in the French Revolution – which ran amok. But maybe the real origin of his obsession with Cuba was that his Father smoked White Owl cigars, which at that time were made from Cuban tobacco but wrapped in Connecticut leaf. For this reason, being in Cuba has always felt like being at home. He has visited Cuba frequently since 1965. He was an initiator on the Canadian side and was the coordinator on the Canadian side for the Masters in Economics Program provided with the University of Havana for young Cuban professors from 1994 to 1999, financed by the International Development Research Centre and the Canadian International Development Agency.

He has published a variety of works on Cuba’s development policies and experience including The Economic Development of Revolutionary Cuba: Strategy and Performance, New York: Praeger 1974; Cuba in the International System: Integration and Normalization, (editor), London: Macmillan, 1995; with co-editor J. Kirk; and The Cuban Economy, (editor), Pittsburgh: University of Pittsburgh Press, 2004.