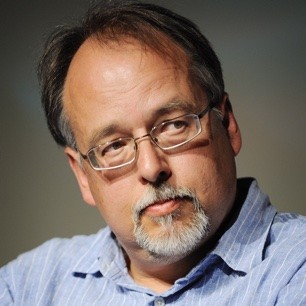 Andrew Nikiforuk is an award-winning investigative journalist who has been writing about the oil and gas industry, energy, and economics for more than two decades. A winner of the Rachel Carson Environmental Book Award, he was one of the first journalists in North America to document the devastating effects of hydraulic fracturing on rural communities. Publications Nikiforuk has contributed to include Foreign Policy, The Walrus, Maclean’s, Canadian Business, the Globe and Mail, Chatelaine, and The Tyee.


Nikiforuk’s journalism has won seven National Magazine Awards and top honours for investigative writing from the Association of Canadian Journalists. His book Saboteurs won the Governor General’s Award for Literary Non-Fiction and the 2002 Crime Writers of Canada Arthur Ellis Award for Best True Crime. Tar Sands, which criticized the pace and scale of the world’s largest energy project, was a national bestseller and won the 2009 Rachel Carson Environment Book Award. Empire of the Beetle was a Governor General’s nominee for non-fiction in 2011. The Energy of Slaves argues that the energy institution of slavery has shaped our use of fossil fuels and a treatise for a moral revolution in our attitudes towards energy consumption and has been translated into two languages. In 2013, Nikiforuk was presented with the Writers’ Trust Matt Cohen Award In Celebration of a Writing Life. He lives in Calgary, Alberta.